And paranormal romance but mostly I write dark—sometimes very dark.

When I tell people that, I may get the “Ewwwww. I can’t read that stuff.” “How can you write that stuff?” “I could NEVER read Stephen King.” (More on that remark later) And variations on that theme.

Yes, I’m a woman and I write horror.

Without being too obvious, do I have to say that the first “modern” horror (and probably scifi) writer was a woman? A woman of the 19th Century named Mary Shelley. Her creation has frightened millions for the last 200 years.

So, why do I write horror?

I don’t know—really. I think it’s the “what if—“question that leads me to it.

Or it could have been my parents.

I used to have night terrors. Sixty years ago children were not pampered and petted when they awoke in the middle of the night afraid. Many times I was spanked—as if that would calm me down and get me back to sleep.

Did I “see” things in my little room on the other side of the stairs away from every other member of my family? Maybe. Maybe it was just my imagination—creative even then. Or maybe I was jealous of my younger sister and wanted the attention.

Who knows what lingers in the mind of a six year old. And what stays there for the next sixty years.

Maybe we should blame Susie Spence—one of my childhood friends.

I grew up in the fifties and sixties when B Horror movies were the staple of Saturday afternoons. My parents wouldn’t let me go to the movies because of my night terrors. But Susie Spence went and every Monday she would explain the entire story to me.

You could say Susie Spence introduced me to Poe. I was so surprised when I found his stories didn’t quite match the movies.

I’m not ashamed of that fact. I’m in good company.

Stephen King is one of this generations great writers. I predict he will be studied in literature and writing classes (if he isn’t already) in the future, along with Hawthorne, Melville, Hemmingway. Writers should read him just to learn the craft.

I’m a woman who writes horror.

Looking at the number of women who’ve won the Stoker Award (Horror Writer Association’s honor) you wouldn’t think there were a lot of us female horror writers around. But there are. We are Legion—ahem.

February has been Women in Horror Month. Colleen Wanglund had a great article in Examiner.com last year (http://www.examiner.com/article/women-horror-the-writers) that listed many of the best of the best women in horror. I have no problem sharing her list:

Check out these ladies—most have more recent offerings.

Did you have night terrors as a kid? Do you still?

Do you read horror?

And if you do, who’s your favorite writer of the scary? 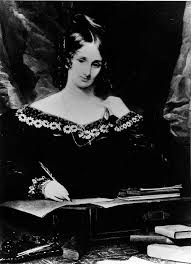