I thought about this post for a couple of weeks, the length of time since I saw the movie

The movie was excellent. How do I know it was excellent? I was still thinking about it two weeks after walking out of the theater.

But, Mitzi, there’s a rape, there’s murder, and blood.

Yep, all of that and maybe even more.

I think anyone who can stand watching some violence in a movie should see this. And I’ll explain why.

This is what I was taught about the American frontier: Manifest Destiny. Notice that the spirit of Manifest Destiny has very pale skin and blonde hair. She glides over a quiet scene of wagons, a stage coach, and Native Americans. 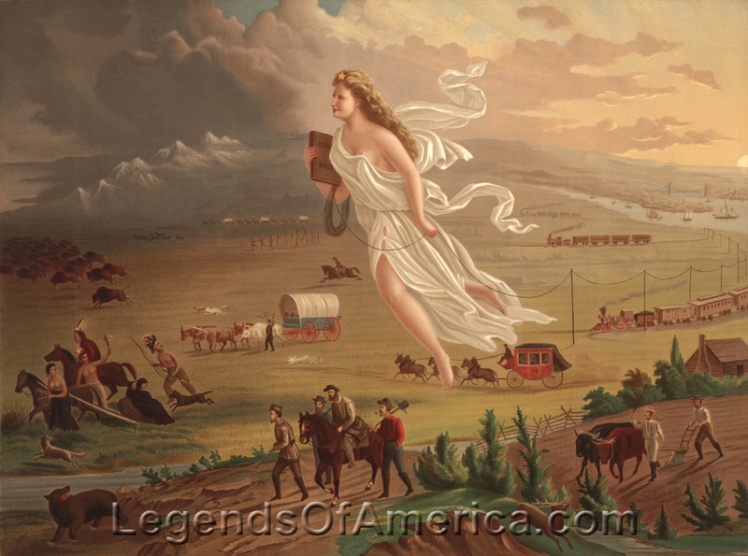 This picture could have been right out of my history book. It’s lovely, quiet, clean, and very calm. 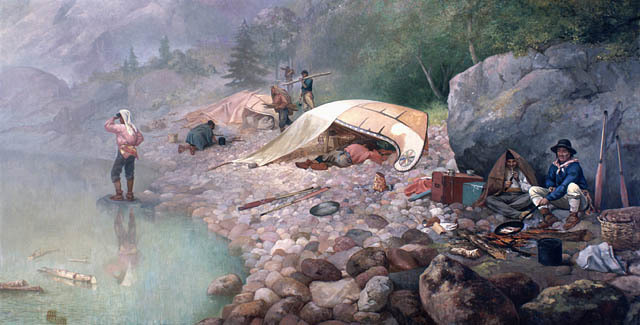 How wonderfully the Native Americans (we called them Indians in the 1950s-60s) were treated…We were all so good to each other.

It took time and activism before the truth came out. Some high school history books still ignore the real story: the small pox blankets given to the Indians, the children taken away from their parents and put into Indian schools to learn how to be “white.” 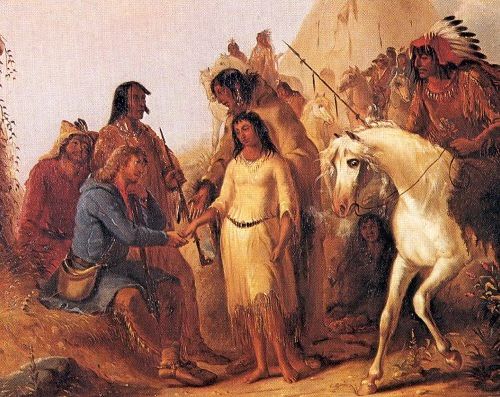 Of course there were problems on both sides…both sides decimated entire families. But our pictures from that time were quite lovely…. 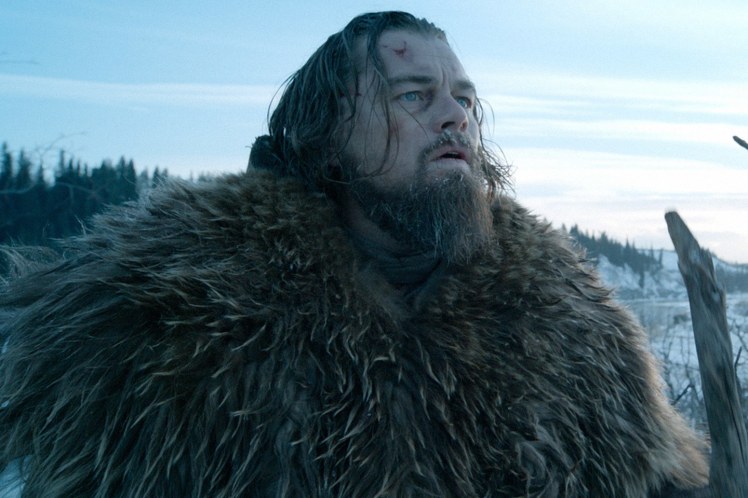 The natural dangers of that glorious frontier were also overlooked in our history classes. It took strong men and women to go across the Mississippi into the wild. But they were encroaching on more than the natives who lived there. 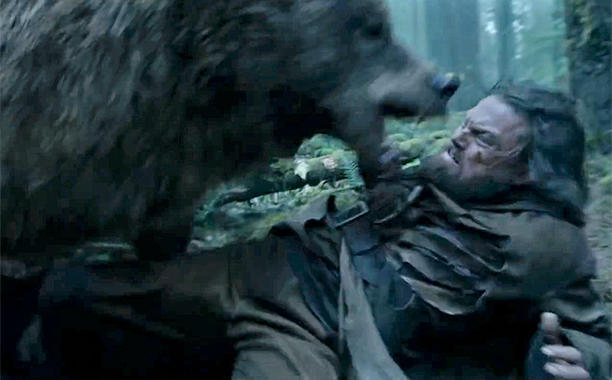 The movie showed the dark and bloody side of our history. It was unforgiving in its detail of the men who trapped, who raped, who murdered in the wilderness.

But throughout the film, the ugliness of man played out on the backdrop of the beauty of the land. 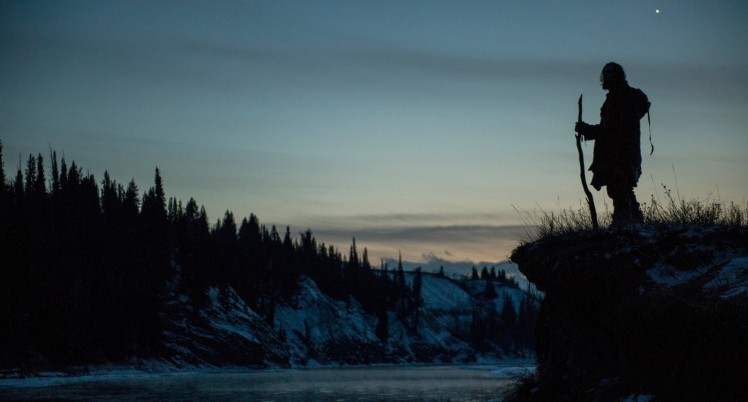 This is a battle that still continues as some want to sacrifice National Parks and other resources for corporate domination. Maybe this is one of the lessons we should think about as we walk out of this movie.

That and Leonardo DiCaprio’s call to honor indigenous people of all lands.