That two by four sitting on my shoulder? 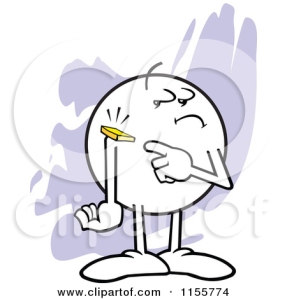 Why, yes, I know it’s there. And I know it’s more than “a chip”. It’s damn heavy. And I’ve carried it for many years, almost fifty. This giant chip became very apparent this week when someone on Facebook, tried to nicely tell me that Daphne du Maurier had not written Wuthering Heights. Like, nuh-duh. Just 100 years difference. But the giant chip rocked and I responded—not nicely.

“We can’t send you to college, because then we’ll have to send your sister to college and we can’t afford to send both of you.” Of course, as this was almost fifty years ago, college didn’t cost the exorbitant amount it does today, but my parents still considered it out of the reach of a barber’s daughter. I was told not to even apply to any colleges. At my parents’ insistence I didn’t even try for any scholarships or grants. All was out of the question.

So I went to nursing school—three years for $500. That’s what they could afford. And three years was not three academic years. I had no summers off and no spring break. It was a full three years with only two weeks off each summer. I hated it. But I stuck with it because my father always said “You never finish anything.” I wanted to prove him wrong and I didn’t want to waste his $500. I became an RN and started to work. I still hated it and called off as often as I could without losing my job. Then I met a young man who wasn’t working. He seemed to like me and we eventually got married. I became pregnant. I was the major bread-winner. So, no more calling off from work. I worked as a nurse through marriage, divorce, and raising my daughter alone. I still hated it.

I did take some classes at night but after the divorce I could no longer afford it and there was no one to watch my daughter.

But in all those years of being a nurse, one without a college degree, I advanced in my profession. I had no choice. There was no one there to catch me if I failed. I finally retired as a Vice President of Nursing for a nursing home management company.

Many people were surprised that I’d come that far without a degree.

Some are still surprised by my intellectual abilities—all honed without a diploma from a university.

Now in my late sixties I’ve taken a step to earn that degree. Recently I had an appointment with an academic advisor. She brought my record up on her computer. “4.0,” she said in undisguised amazement.

I wanted to slap her.

But I didn’t. I smiled. I’d worked hard for those grades and told her as much.

I’ll return to classes this fall but I’m no longer sure about the paper chase of getting a degree. I’d rather have the knowledge.

Every so often I think about what my doctoral dissertation will be and then—I open up a Miller Lite and relax.